MI RE LA  PROD in partnership with VENCE CULTURAL CENTER

Set up a first Jazz Masterclass on the French Riviera 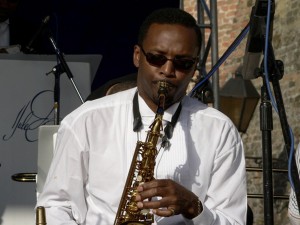 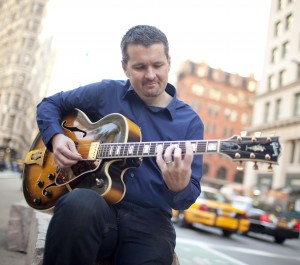 He has recorded four CDs as a leader : What’s Going On (City Tone Records), Perspectives (Imaginary Records), Blues In The Slope (Igmod Records), If Only We Knew (Self Release). Tom has also recorded as a sideman on many recordings. Since 1992, Tom has been performing as a leader and a sideman at some of the top jazz venues throughout the world including the JVC Jazz Festival, Jazz at Lincoln Center, San Francisco Jazz Festival, The Blue Note, Yoshi’s, Smalls and Smoke… 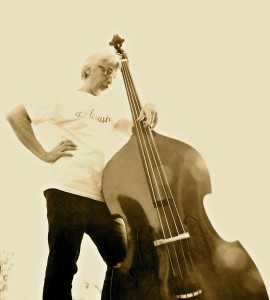 Tzar Wibool was born in Thailand,  he discovered the music  when he was 12-year-old. He started to learn to play music around the year 1970 which was the time when the American GI camp in Thailand were closing.

He had the chance to learn playing music with American soldiers for about 2-3 years before the camp of Nakhorn Phanom closed…. Though he was sad, because his teachers were leaving out, he knew that he will continue to play music : he never stop since then !

Tzar created a band with three of his brothers, bass, drum, keyboard, and guitar, and moved to Bangkok where all of them became studio musicians.  At that time Tzar had recorded for many popular artists in the country and from abroad.

But he felt that it was not enough,  « ’cause music never ending matter ! » His study of Jazz music started from the Blues and the Bee bop.

Tzar used to play in the famous Bangkok’s jazz clubs such as Brown Sugar,Blue Moon (which has been dismantled) or Saxophone, where he found attentive audience. 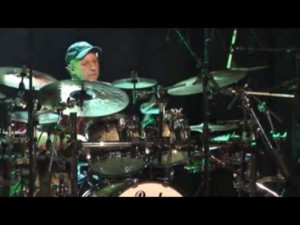 Jean-Pierre Dalmassay has been fascinated by Jazz and musical improvisation for a very long time. He studied drums with different professors as José Baron, Ken Dellage, Peter Erskine, Billy Hart, M. Brecker, Herbie Hancock, T. Gurtu, C. Coréa, Denis Chambers… First, to keep learning, he travelled around Africa to improve his style, “Tribal Rhythm”. Then he went to Cuba and met Maria Marguarita Ponce (Higher Studies in the Academy of Havana), professor of El Negro Hernandez, and played with Enrike Pla, Irakere’s drummer. He visited Louisiana to go back to the origins of Jazz, and Asia to understand the sense of detail and learn how to always be closer to perfection. In 2005, he also travelled around South America, Trinidad and Tobago, Venezuela… Jean-Pierre explores Drums’ Universe : Latin, Jazz, Fusion. He is considered as a researcher, a drum’s innovator. Thanks to his qualities as a musician, he makes people travel all over the world. With sensitivity, emotion, virtuosity and independence from standards but always serving music, he succeeded in developing his own style. Jean-Pierre Dalmassy has a great talent for improvisation which permitted him to take parts in a lot of Masterclasses with several different musicians as Enrike Pla, Denis Chambers, André Ceccarelli, Russ Miller, Félix Sabal Leco, Dom Famularo, Loïc Pontieux, Julio Figueroa, Walfredo Reyes Jr, Marc Mondésir, Simon Philips, Gary Novak, Dave Weckl, Thomas Lang, Mike Terrana, Carmine Appice, Will Calhoun, Cindy Blackman, Virgil Donati…

Their international reputation, experience & techniques will improve your level.

Guiding and teaching will be a privilege for your musical improvement.

Master show will be a list of songs CJ Heptet latest recording and also some standard’s from the American songbook.

For accomodation facilities, we can recommend you guest houses, villas, hotels on Vence tourism website links :